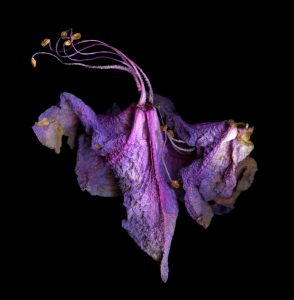 Just before the start of WWII, my parents and I arrived in our safe haven of Montreal, Canada, having successfully fled from the oppressive regimes of the German and Italian governments. Like so many other refugees, great emphasis was placed on survival, getting educated, working hard and blending into the social and cultural ways of the new world. In my family, the arts were considered a luxury, not worth pursuing for a young boy in light of the other priorities for a family who arrived here with very little, other than a great deal of luck.

And yet, fortunately the muse of creativity would not be deterred. She gradually found expression in my work life and hobbies -- whether through a multitude of international awards in advertising, or national recognition by the Government of Canada for our marketing work, the invention of a new type of pantyhose, accolades from the advertising community in Montreal who voted us the most creative agency in the city, to three-time grand champion at the Gravenstein Apple Pie baking contest or to my very biased family who believe there is no match for my Caesar Salad anywhere.

However, on my seventieth birthday I realized that something I had longed for had remained unrequited for a long, long time; my deep love of botanicals and desire to “paint” the beauty that I perceived in them. And so, I approached my dear wife and said I would like to build a studio, and “it’s now or never”…how could she resist such clever, creative manipulation? Thus the quest began and has resulted in much satisfaction in the ever-growing desire to create and express.

Also vital was, and is, my desire to inspire myself and others to gradually expand our capacity to be in touch with all that is observable and paradoxically, all that is mysterious and outside of our human limitations to sense or to know…to bring an artful presence and respectful observation to the universe of all that is unknown to us and invisible…forever un-Google-able!